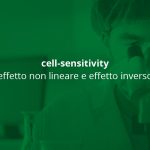 According to the ‘similarity’ (or ‘similia’) principle, patients can be cured using low doses or high dilutions/dynamizations of a drug that in healthy people produces similar symptoms to the disease. However, this approach is regarded as unscientific by some circles. One current opinion about homeopathic treatment associates this medical approach with the placebo effect, either because of some highly publicized meta-analysis or because of the alleged implausibility of its theories. While controversies concerning the clinical efficacy have been recently discussed by others, here we survey the homeopathic basic principles with the aim of examining their consistency with modern scientific knowledge of biological communication at cellular and molecular levels. The low dose effects and the healing power of pathogenic substances observed in homeopathy, are linked to the high sensitivity of biological systems at various levels of organization and to the multiform ways through which the complex of mind-body homeodynamic regulations (‘vital force’) reacts to external stimuli. Growing evidence from several science fields suggests that hormesis and paradoxical pharmacology are included in the ‘adaptation’ capacity of immune, neuroendocrine and cardiovascular systems, but also in cellular defence/repair mechanisms and even in molecular dynamics and conformational changes.

Our working hypothesis is that recognition of the function of enzymes, receptors and signal transduction and their dynamic interaction with drugs, makes it possible to look at homeopathy in a new and fully rational light. The cornerstone of homeopathy – that the whole clinical picture of the individual patient to be taken into consideration – is not in dispute, but laboratory models also allow the mechanism(s) of action of drugs to be investigated in animals, cells, tissues, and even at the molecular level. This ‘reductionistic’ perspective is not in contrast with the ‘holistic’ approach of homeopathy as a healing system, but rather represents the fundamental basis of a developing theory which would include recent advancements in complexity science and systems biology. Given the holographic and fractal nature of all complex systems, the fundamental characteristics and rules of biological responses and related pathologies can be unravelled at any level of nature.